“Oyle or Spirit of Tarr”: A Precursor to Creosote

In 1716, a patent was granted to England’s Dr. William Crook for a precursor to creosote, “One Part of which is the Oyle or Spirit of Tarr,” to protect ships’ wood planking from decay and worms.

A century later, a whole industry was built, literally, on creosote-treated wood — the railroad industry. In 1865, a plant was erected in Somerset, Massachusetts, to treat wood intended for railway use. Ten years later, the Louisville and Nashville Railroad built a plant in West Pascagoula, Mississippi, to treat wood for ties and other railway necessities. To this day, the material of choice for railroad ties, along with utility poles and foundation and marine piling, is wood treated under pressure with creosote.

In 2019, American railroads installed an estimated 22 million creosote-treated wood ties. They did so with confidence because creosote treated ties:

No single substitute can match all of these performance characteristics. And perhaps most important, treated wood is far less expensive than substitutes such as concrete, steel or plastic.

In fact, no substitute can match all the benefits of creosote treated wood at comparable costs. 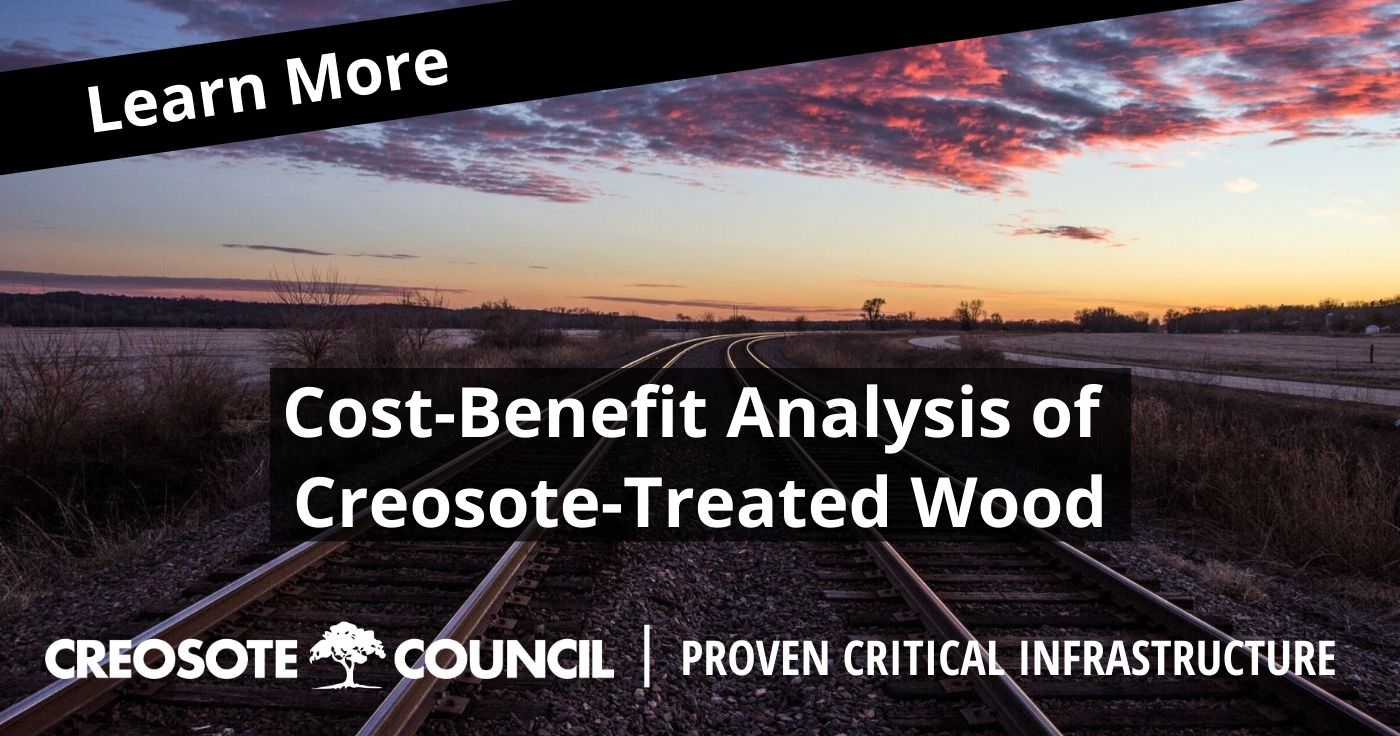 A Brief History of Creosote and Treating Processes