The Bethell Process: The Foundation of the Modern Wood Preservation Industry 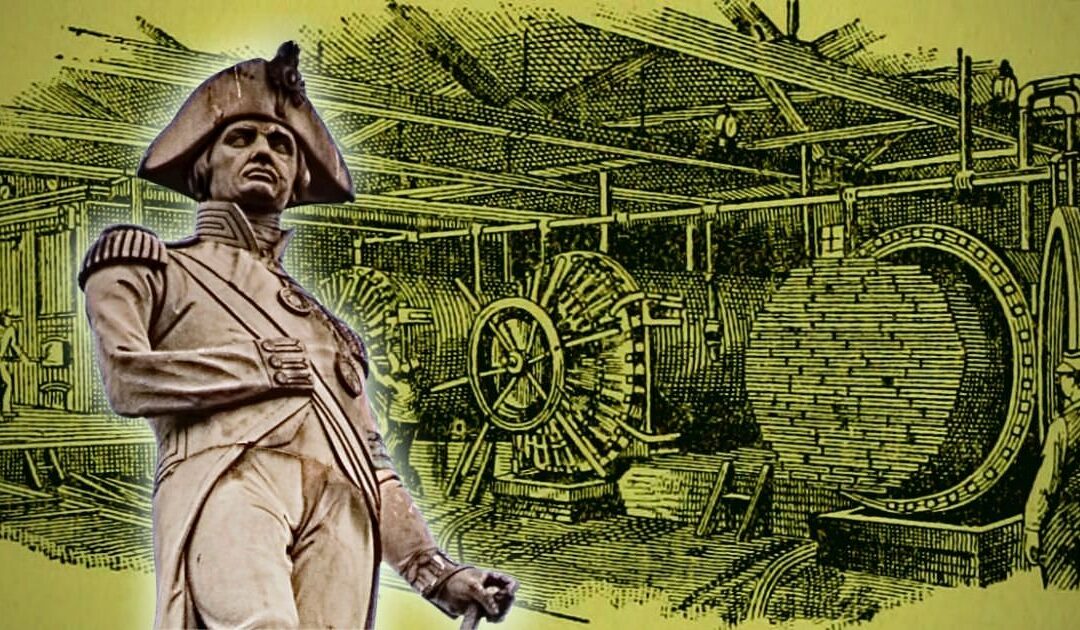 How did the French Revolution, the Napoleonic Wars, and Britain’s Industrial Revolution bring about the need for creosote-treated wood for modern infrastructure? Industrial-era wood treatment began with numerous innovations in Great Britain and took on its modern form as the American economy burst on the scene at the turn of the 20th century.

One of the earliest practical applications of preserving wood was recorded in 1705 when a French scientist Homberg steeped wood in a “corrosive sublimate,” mercuric chloride, to protect it from insects. However, it was not until the 19th Century that significant progress in wood preservation was made, thanks to the legacy of the French Revolution and the onset of the Napoleonic Wars.

England viewed its conflict with a revolutionary France as an existential “threat to European civilization,” and relied heavily on the British Royal Navy for survival. However, “decay [and attack from ship-worms] in the timbers of their ships was taking a heavier toll of both her fighting and her cargo vessels than all of her enemies combined.” The director general of the British Navy’s medical department himself got involved in wood preservation science, obtaining a patent for a wood preservation method in 1838.

Simultaneous to these developments, the market for railway locomotives opened up in Great Britain in 1800 when a steam engine patent expired and wrought iron could now be produced on a commercial scale. Railways were constructed across the country, to transport coal and other minerals, increasing the demand for wooden rail ties dramatically in a land with limited forests.

Between a fight for “European survival” and an emerging railway industry, it became an English economic imperative in the first half of the 19th century to conserve timber. One of the best ways of doing so was to extend timber’s useful life with preservatives.

Preservation techniques—more art than science at this point—all originated in England. The earliest chemicals recommended for preserving wood were mercuric chloride, copper sulfate, and zinc chloride. An 1832 patent by John Howard Kyan was the first treatment process to become popular on a mass scale. “Kyanizing” consisted of steeping timber in a water-based mercuric chloride solution, but was not very effective because the process was slow and “could not be made to penetrate deeply.”

The use of coal-tar creosote for wood preservation was patented in 1836 by Franz Moll, and two years later John Bethell created a “pressure impregnation process” which enabled creosote to be much more effectively applied to timber. Known as the Bethell Process, or “full-cell” process, John Bethell’s 1838 innovation quickly became the most successful for treating wood and continues to serve as the foundation of the wood preservation industry. As of 1850, only four preservatives and processes remained in common usage; by the turn of the century, creosote had proven to be the most effective preservative and the Bethell Process the most effective method. The wood preservation industry was finally underway in earnest.

In the latter half of the 19th century, American industrialists adopted the technologies that had been pioneered in England. However, there was more plentiful timber in the United States and its forests carried a wider variety of tree species with different susceptibilities to microbial decay. Thus, a period of widespread experimentation also unfolded in the New World, with different motivations and market pressures driving the nascent wood preservation industry. It was difficult to apply English methods to the American environment, and many missteps were made.

For instance, fresh timber was often treated without first being sufficiently dried, or “seasoned”. In the early stages of American wood preservation, wood railroad crossties were often pressure treated with preservatives when its water content was still too high. In order for creosote to be effective, the wood’s water content must be reduced to an average of 40% from its original green moisture content, which varies. Water content is often as high as 90%, depending on the species of wood.

Rather than wartime and naval battles, in America demand for wood preservation was driven by the emerging railroad industry. The birth of the commercial wood treatment industry in the United States is generally traced to the creation of a treatment plant in West Pascagoula, Mississippi. Built in 1875 by the Louisville & Nashville (L&N) Railroad company, the plant was first established to creosote-treat timbers that had been attacked by teredo—a shipworm that tunnels through underwater pilings, piers, and hulls of ships. The L&N acquired its first tracks on October 5, 1881, when it bought the New Orleans, Mobile & Texas Railroad, and then pivoted its operations to pressure-treating railroad ties with creosote for its growing railway business.

In this context, the U.S. federal government established the Division of Forestry in 1881 to responsibly manage the nation’s forests. In 1891, Congress passed the Forest Reserve Act, which authorized the President to designate public lands in the West “forest reserves,” and the Organic Act was passed just six years later, which set forest management standards for the newly created reserves. These policy developments required professional management of the nation’s forests to prevent deforestation.

Today, the U.S. grows more timber than is harvested each year, thanks to the U.S. Forest Service and its forest management programs. Between forest management and creosote pressure-treatment, which extended the life of non-durable woods like red oak and maple from about 5 years to an average service life of 45 years, the price of timber in the U.S. only rose moderately and manageably at the end of the 19th century. Despite fears, American railroad companies never needed to import timber from other countries.

Note: This article was originally published in the January/February 2022 issue of Crossties Magazine, a publication of Railway Tie Association.