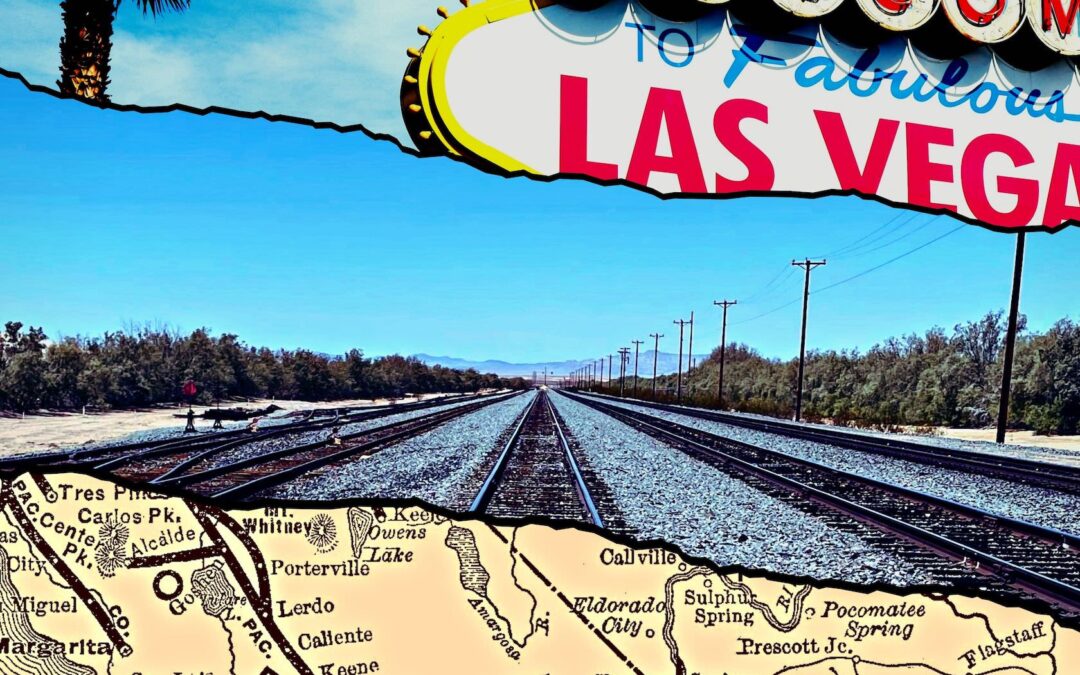 Without Creosote-Treated Wood, the Development of the American West Would Have Been Different

Background: Railroads and the Developing West

Located just south of modern-day Los Angeles, the San Pedro harbor is emblematic of the Spanish missionary history of the United States’ west coast. In the early 19th century, Spanish monks from Mission San Gabriel Arcángel accepted provisions from Spain at San Pedro, although trade with other countries was prohibited. When restrictions ended in 1822, a surge of settlement and trading followed, which only accelerated when California joined the United States in 1848. In short order, the port at San Pedro became a hub for oil drilling, fishing, canning and ship-building, and the most influential trading hub on the southern Pacific coast.

Further north in the U.S. Mountain States, the mining of metals was transforming the American landscape and creating settlements across the western frontier. While promises of gold and silver originally lured prospectors to the West, base metals like lead, copper, and zinc became the real drivers of industry. As the demand for these industrial metals grew, so did the demand for transportation infrastructure across the nascent nation. The life and career of copper mining tycoon William Andrews Clark captures the period: while operating successful mining operations across Colorado and Montana, his strong business sense led him to invest his mining fortune into the burgeoning railroad industry.

Meanwhile in the northeast, Wall Street financier E.H. Harriman also saw opportunity in the growing railroad industry and invested his fortune into the failing Union Pacific Rail Road, headquartered in Omaha, Nebraska. Harriman purchased Union Pacific as it emerged from bankruptcy in 1897, overhauled all aspects of its operations, and turned it into one of the country’s most successful railroad companies.

At the turn of the 20th century, both Clark and Harriman eyed a route that would connect the rail hub of Salt Lake City and the burgeoning port of San Pedro on the Pacific. Harriman wanted to expand his Oregon Short Line route, which connected Union Pacific’s main line to the city of Portland by following the Oregon Trail into the Pacific Northwest. Clark dreamed of a route from San Pedro to Salt Lake City that would significantly shorten the time his mining supplies spent in transit. When natural springs were identified between the two locations Clark and Harriman were even more determined to make their dreams a reality. Water was necessary to run their steam locomotives, and, of course, in short supply in the deserts of the southwest.

Several railroads already traversed the United States by the latter half of the 19th century. While these lines were extraordinary accomplishments that navigated varying terrain, they largely cut through the country’s temperate zones. Average temperatures for railroads such as the Transcontinental Railroad, which stretched from Iowa to northern California, hovered around 60-70 degrees Fahrenheit.

The “Salt Lake Route” proposed by Harriman and Clark would instead cut straight through what is known today as the Mojave Desert, where the hottest temperatures in the country are logged. Average temperatures in this zone are consistently above 85 degrees and can reach well over 100, which is why its northern region is known as “Death Valley.”

How would a railroad withstand such a harsh environment? It had never been done before.

As anyone with a sticky door at home knows, wood can expand and contract with the seasons. But these physical changes are not due to temperature but rather humidity; high humidity makes wood expand while low humidity makes wood contract. Trees have evolved to resist temperature change by naturally balancing their water content with that of their surroundings.

In an excessively dry environment like the Mojave Desert, wood quickly becomes dry and brittle. Crossties made from natural wood would shrink and flatten under the weight of railcars and come loose from their spikes, leading to alignment changes and ultimately track failure.

How can wood keep its shape in such a dry environment? The only way to combat wood’s natural ability to seek moisture equilibrium is to create a barrier that blocks out the environment and seals in the wood’s moisture content. In the Southwest, the relative humidity can be very low; with the help of creosote, the precious internal moisture of wood crossties can be retained for decades.

Clark and Harriman were well-acquainted with creosote’s ability to turn wood into an incredibly resilient building material. Coal-tar creosote had been used commercially since 1838, when John Bethell patented his process for treating timber with creosote. The first “pressure-treatment” of its kind, the “Bethell Process” first removed air and moisture from wood using a vacuum cycle, and then treated it with creosote all in a pressurized cylinder to completely penetrate the wood.

Yet surely Clark and Harriman could not be sure whether wood crossties would survive in the hottest environment in which they had ever built a railroad. Although creosote had already been used for decades, at the turn of the 20th century creosote-treated wood had a unique opportunity to demonstrate its value.

In 1902, both Union Pacific and Clark’s company, The San Pedro, Los Angeles & Salt Lake Railroad (SPLA&SL), began furiously laying railroad tracks across the American desert using creosote-treated wood ties. The next year, the competitors decided to join forces, splitting ownership over the line in 1903. The route was completed in 1905 when the tracks converged at the freshwater springs that had been discovered. (“San Pedro” was dropped from the SPLA&SL name in 1916.)

Creosote did not disappoint. Surely to the shock of engineers at the time, the Salt Lake Route’s creosote-treated wooden crossties were impervious to moisture and did not dry out in the harsh desert air. The railway ties kept their structural integrity—and kept railcars crisscrossing the deserts of the American Southwest safely.

The railroad tycoons Clark and Harriman set out to create a proper settlement at the springs, the approximate midpoint of the route. They established the Las Vegas Land and Water Company, constructed water distribution systems and began surveying and selling land in the new town. The new Salt Lake Route fueled exchange not only between the Mountain West and the San Pedro port—with the construction of the Panama Canal in 1914, the many American cities that were now connected to Los Angeles could access an increasing number of international markets.

Las Vegas, which means “The Meadows” in Spanish, was created on May 15, 1905, when its first land parcels—110 acres—were auctioned off. Three years later, Clark County was established and named in honor of William A. Clark whose vision and commitment to the Salt Lake Route had helped establish Las Vegas.

Just as the wood preservation industry made railroads possible, the railroad industry also spurred innovation in the wood preservation industry. Just one year after the completion of the Salt Lake Route, 115 years ago, a treatment process was invented that continues to be used today. In 1906, the “Lowry Process,” a modification of the Bethell Process, applied creosote only to the cell wall rather than completely filling the wood cell. Referred to as an “empty-cell process,” the Lowry method significantly reduced the amount of creosote needed to seal wood from approximately 20 to only 8 pounds per cubic feet, making it much more economical while still providing an exceptionally long service life of 40 to 50  years.

Without creosote-treated wood, rail could not have survived an environment as extreme as the Mojave Desert. By the end of the 20th century, Las Vegas, a simple railroad pit-stop, had attracted more people than any other city founded in that century. The exponential economic and population growth, which quite literally put the Southwest on the map, is largely thanks to the incredible capacity of creosote to transform wood from a natural, degradable substance, to one of the most resilient building materials available.

Creosote-Treated Wood: An Integral Part of the Nation’s Infrastructure