Wood Treatment in the 20th Century: Wood Preservation Takes Off Thanks to Empty-Cell Processes 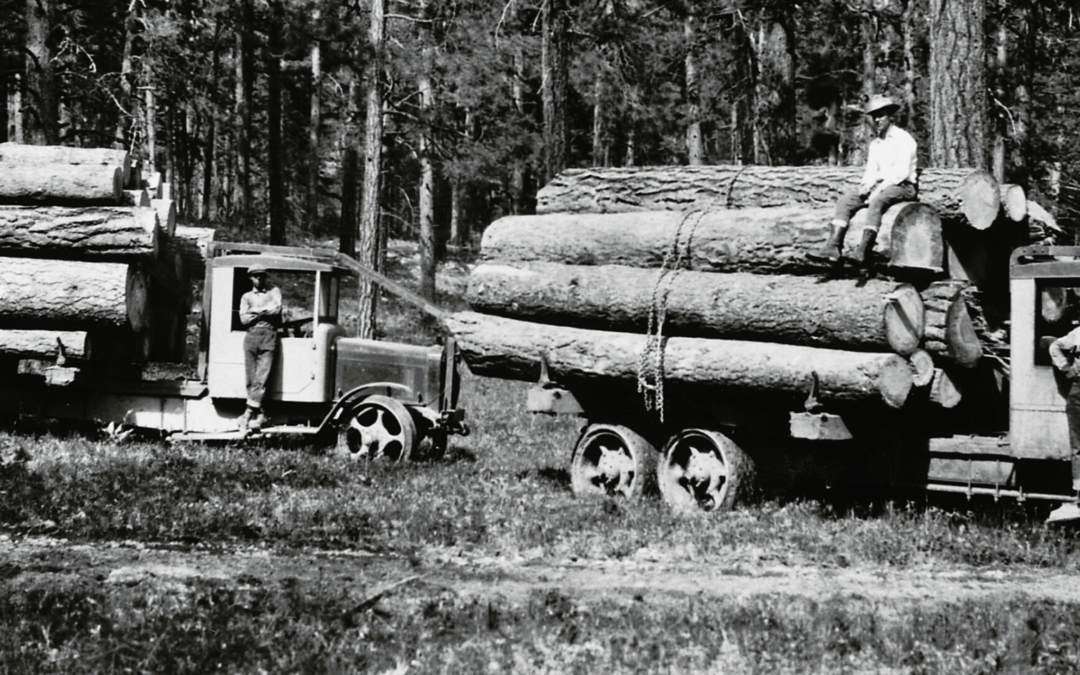 Following a century of experimentation in treating and preserving wood for industrial and transportation purposes in the U.S., at the turn of the 20th century Max Rüping and Cuthbert Lowry developed wood pressure-treatment methods that revolutionized the industry. The Rueping Process and the Lowry Process, which followed just four years later, were both “empty-cell” processes that used substantially less creosote than their predecessor, the Bethell Process. These joint innovations made wood preservation much more efficient and cost-effective and remain the methods of choice for creosote wood treatment today.

While in England the market for treated wood was steadily growing as technological progress was made, the situation in America was different:

Although creosote preservative delivered by the “full-cell” Bethell pressure-treatment process was a winning combination for preserving wood, it took time for industrialists to learn that it was worth it to invest in preserving wood rather than taking a gamble and building crossties from fresh timber being cut down in the area they were building railroads.

Max Rüping of Germany borrowed the pressure-treatment method from John Bethell and improved upon it by creating an “empty-cell” version of Bethell’s “full-cell” process. Rather than leaving the wood full of creosote, the final step of this “empty-cell” process ejected excess preservative using vacuum pressure.

Two innovations just after the turn of the 20th century—which fortuitously coincided with growth of railroads and the establishment of landmarks like Las Vegas—changed all that. Max Rüping of Germany borrowed the pressure-treatment method from John Bethell and improved upon it by creating an “empty-cell” version of Bethell’s “full-cell” process. Rather than leaving the wood full of creosote, the final step of this “empty-cell” process ejected excess preservative using vacuum pressure.

Patented in 1902, this adjustment of the pressure-treatment process required less creosote and quickly changed the wood preservation market in the U.S. Suddenly it was more cost-effective to extend the life of timber rather than cut it fresh, and preserving wood was increasingly considered a worthy investment. Not to mention, the preferred wood species were becoming increasingly scarce.

Others attempted, futilely, to compete with Rüping’s empty-cell process: in 1906 R.L. Allardyce and Joseph Card, both Americans, tried to reduce costs by adding zinc chloride and applying the preservatives without air pressure. However, that same year an American named Cuthbert Lowry made a winning discovery; he could make Rüping’s method simpler with a few small adjustments. What came to be known as the “Lowry Process” took all the advantages of Rüping’s original empty-cell process and made it easier to perform by eliminating the first air pressurization step. This simple change also enabled equipment that had been designed to perform the full-cell process—the majority of wood preservation plants at the time—to be used to perform the new and improved empty-cell process.

Today, however, both processes are used for different wood products because they, in fact, do provide different benefits; the pressurization step of the Rueping process actually enables a deeper level of penetration that is necessary for some wood types, and requires less creosote preservative. For instance, the Rueping process is the method of choice for utility poles, while the Lowry process is the method of choice for railway ties.

“The invention of both empty-cell processes made the creosoting process more economical and effective, and trade associations and scientific bodies began dedicating themselves to solving the industry’s challenges.”

Professionalization of the Wood Treatment Industry

For more than a century, AWPA has striven to be “the principal Standards-writing body for methods, preservatives, and other technologies which protect wood and wood-based products.” Associations like AWPA started coordinating with scientific bodies interested in understanding wood technology, such as the Forest Products Laboratory of the US Department of Agriculture, which opened in 1910 in Madison, Wisconsin. For more than a century this lab has been researching wood and commercial wood products, and fulfilling its mission of maintaining healthy forests and forest-based economies.

By the second decade of the 20th century, the fledgling American wood preservation industry was poised for success. The invention of both empty-cell processes made the creosoting process more economical and effective, and trade associations and scientific bodies began dedicating themselves to solving the industry’s challenges.

Note: This article was originally published in the March/April 2022 issue of Crossties Magazine, a publication of Railway Tie Association.