Century-Old Tracks: How Creosote Preserved a Beach Railroad Decades Beyond Its Operation 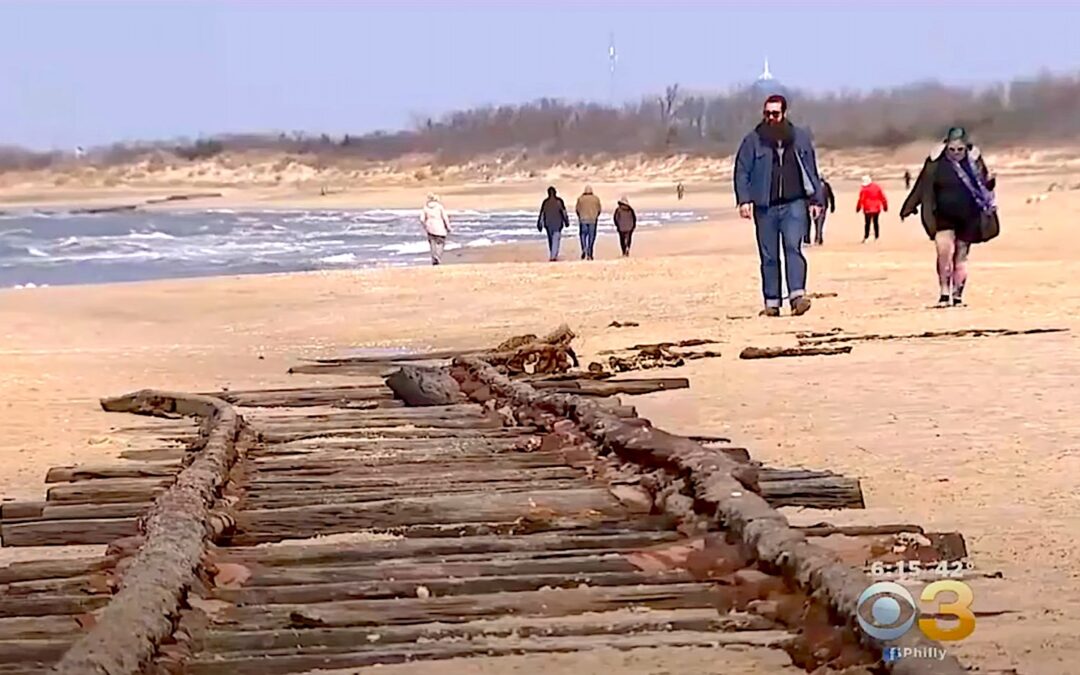 More than a century ago the wooden railroad ties of the Delaware Bay and Cape May Railroad traversed the sandy beaches of the New Jersey coast. They had just one job: to transport sand to the Cape May Sand Company for manufacturing glass and construction purposes.

Its ties lay in direct sunlight all day, exposed to high temperatures and harsh salt water. The tracks were in service for 31 years, transporting hundreds of tons of quartz sand from 1905 until the plant was shut down in 1936 to preserve the beach. The track quickly succumbed to its setting and became submerged under the sand and ocean water for 78 years before a strong storm in 2014 again revealed these “ghost tracks”–railroad ties that led to nowhere.

While no sources confirm whether these railway ties were creosote-treated, there is simply no other type of preservative that could have produced such results. After spending nearly 80 years under sand and saltwater the ties could no longer carry trains, but they were still intact. Natural wood or wood treated with anything other than creosote would have disintegrated decades ago. The ghost tracks were most recently seen in May, 2022, making them now a whopping 116 years old.

Since its invention, creosote treatment has been the only wood preservation method that keeps wood intact for so long, even in harsh environments. When the Delaware Bay and Cape May Railroad was constructed, creosote was the only method approved for marine pilings because it was the only wood treatment that could combat invasive marine organisms and saltwater corrosion. In all likelihood, the Cape May Sand Company knew, given the railroad’s unique mission to transport sand in a beach environment, that its cross ties must be treated by the strongest preservative on the market: creosote.

The Delaware Bay and Cape May line was constructed at the turn of the 20th century; thus, its cross ties were most likely treated using the full-cell treatment method invented by John Bethell in 1838. The full-cell method, which fills the wood cells completely, was first used successfully in 1875 at the West Pascagoula Creosote Works in Mississippi. Two empty-cell methods, which uses less creosote than the full-cell process, were invented by 1905 (the Rueping Process in 1902 and the Lowry Process in 1905), but were probably not widely used by the time the “ghost tracks” were manufactured. If they were given a choice between both methods, leaders at the Cape May Sand Company likely would have opted for the full-cell method, to give the ties the best shot of surviving the beach environment.

This abandoned beach railroad exemplifies the strength of creosote. Without creosote treatment there is little doubt this railroad would no longer exist. Instead of a 116-year-old “ghost track,” the Delaware Bay and Cape May Railroad would be a distant memory, its cross ties destroyed decades ago. Thanks to creosote, this track performed above and beyond what leaders at the Cape May Sand Company could have ever expected.