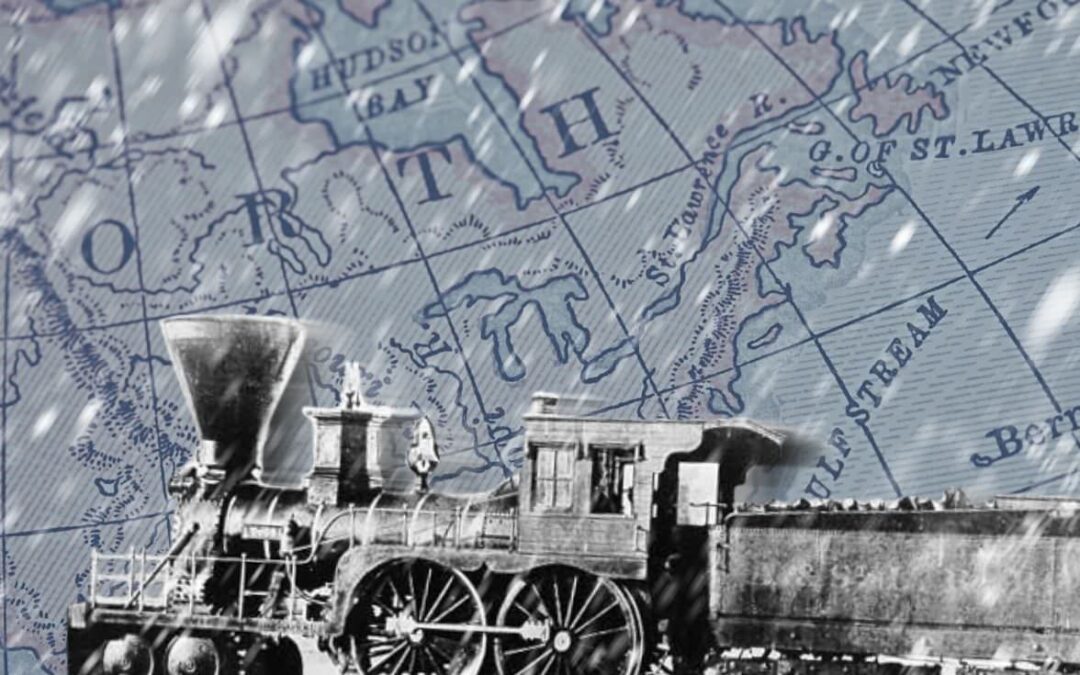 A History of the Shortline Railroad from Montreal to Portland, Maine

In the early 1800s, shipping remained the dominant way of transporting goods in the United States, yet the harsh environment of the northeast posed serious challenges to commerce. Temperatures there remained below freezing for much of the year, which could stall important routes like the St. Lawrence River for months.

New England businessmen and leaders soon realized that railroads—with their creosote-treated ties—could operate continuously all year. Throughout the 19th century, railroads were built at a break-neck speed. By the turn of the 20th century, rail had eclipsed shipping as the preferred method for moving goods and materials. Short lines like the Atlantic-St. Lawrence not only spurred economic development across the region, they forged cultural ties between the United States and Canada which greatly influenced the trajectories of both countries.

Where Shipping Failed, Railroads Could Succeed

During the 19th century, technological innovations like the steam engine and wood treatment fueled the growth of railroads, enabling materials and goods to be transported to more destinations than ever before. Railroads could carve land routes into interior countryside and extend the reach of major seaports.

In New England, one of the coldest regions of the U.S., the major northeastern cities of Boston, MA, and Portland, ME, recognized the strategic value of railroads and competed for access to them. Representatives from both cities vied for their city to connect with their neighbor to the north, the French-speaking city of Montreal in the Quebec province of Canada. Neither Portland’s nor Boston’s seaports froze over in the winter months (when the St. Lawrence River was ice-logged) so both could provide year-round supply chain access to Montreal through railroads.

John A. Poor, a lawyer and entrepreneur from Portland, ME, proposed connecting Portland to Montreal, while writer and critic John Neal advocated for one connecting it to Boston, MA. While the Montreal Board of Trade was poised to accept Neal’s proposal to establish a short line to Boston, Poor undertook a treacherous 300-mile trip to Montreal during a blizzard in order to make his case for Portland. With frostbite on his feet, Poor argued to the Board of Trade that Portland was a better choice because it was 100 miles closer to Montreal as well as a half-day’s travel closer to European ports. The Board, surely impressed by Poor’s extraordinary commitment to his cause, agreed to connect the short line with Portland’s port over Boston’s.

Construction of the Atlantic-St. Lawrence railroad began in Maine in 1845, extending to New Hampshire in 1847 and then to Vermont in 1848. The Canadian portion was constructed between Montreal and the U.S. border from 1851 to 1853, and the route finished and opened for operations in July 1853. While the overall distance from Portland to Montreal is only 298 miles, the fact that it crossed international borders made it historic; the short line route was the world’s very first international railroad.

Creosote-Treated Wood In the Cold: No Problem

But how did these land routes keep operating in freezing temperatures? Any materials used in the train cars and on the railroad tracks themselves needed to stand up to extremely cold temperatures. Natural wood dries out, bows, and splinters under pressure when it is freezing cold. Due to its water content, natural wood would face many of the same challenges as bodies of water; its internal moisture would freeze, changing the density and strength of the wood itself. When wood is conditioned and treated with creosote, however, it maintains its shape and integrity for decades despite fluctuating temperatures.

Creosote-treated wood not only stood up to the harsh cold of northeastern North America and carried trains across frozen ground, but it also resisted breakage and decay from ice and water-borne microorganisms. Treated wood—using the Bethell pressure-treatment process invented in 1838—was increasingly available to be used in both railroad construction as well as marine piers and pilings across the country.

The historic Victoria Bridge is a case in point; the 2,000-meter tubular bridge served as the final leg of the Atlantic-St. Lawrence short line from Portland. Just like the crossties it contained, the bridge’s 24 piers stretching over nearly two miles were creosote-treated. It is only fitting that as part of the world’s first international railroad the Victoria Bridge was famous in its own right: in addition to being the first bridge over the St. Lawrence River, at time of construction it also held the title of world’s longest bridge.

Part of a Broader Vision to Develop Southern Canada

The strategic value of the Atlantic-St. Lawrence railroad was immediately evident. As soon as it was completed and started running in 1853, the Grand Trunk Railroad, which sought to connect and develop Canada’s US-border region, bought the short-line railroad that dipped into the United States.

The Grand Trunk Railroad had only been commissioned one year earlier by Sir Francis Hincks to create a railway between Toronto and Montreal. Toronto stood to benefit from connections to U.S. ports for the same reasons that Montreal did: every winter its access to Atlantic seaports was disrupted by the St. Lawrence River freezing over. A land route from an Atlantic port, such as that in Portland, ME, all the way to inland destinations like the U.S. state of Michigan and the Canadian city of Toronto, could operate year-round and support ongoing development of the countries’ border region.

Note: This article was originally published in the Railway Tie Association’s Crossties Magazine